During graduate school, I was once asked to describe my routine life now and to think about 1. My personal life during the Singularity 2. the framework of my future 3. how will I measure my life. I began writing about this purely from free thought and found it is a very difficult task to pull myself away from all the movies and books I have read about superintelligence and the future. I also felt disheartened to think that humans will be stripped from themselves and will have to race against technology. I encourage you to take some time out of your day and imagine your future, 20+ years from now. You do not need to know much about technology, but think about what aspects of your life will be transformed by concepts such as the Singularity. Think about what aspects of your life you are now willing to give up to another power.

A term that stemmed from Mathematics that means “A singularity is a point at which a function, equation, surface, etc., become degenerate or just diverges towards infinity”. This term became popular as it was coined by futurists such as Ray Kurzweil to say a point in the future that an exponential growth of super-intelligent computers and technology that will completely transform and potentially take over human civilization. There are hundreds of theories about the machine to human advancements at this point in the future. Some predict it will happen in 2045, others much sooner.

Morning Routine: I wake up by an alarm on my smartphone. I would get ready by showering, selecting clothes from my closet, preparing breakfast. I enter the garage and plug my phone to connect to Apple CarPlay and head into traffic.

Work Time: When entering my work, I would use the Brivo pass on my iPhone to open the office suite. I would set up my computer in my station by plugging in and then starting the computer, checking my calendar on Outlook. I would then enter a days worth of meetings (typically 6 meetings a day) either through Skype for Business, face to face or a phone call.

Lunchtime: I would heat up the food using a microwave or purchase food from a vendor and then continue meetings and work. When I head back home, I would use a fob to enter the complex and a key to enter my apartment door.

Evening: I would prepare dinner and watch movies on Netflix. During bedtime, I plug my phone, manually enter my alarm and turn off the lights.

Morning Routine: I would wake up in a pod that has all the calculated information about my day’s schedule and that would gently wake me up. The pod would also have a mechanism to rejuvenate my cells and allow me to live longer. Smartphone would no longer exist, instead, I would have wearable technology either interior my body or external devices. A robot would usher me to the shower and would wash me for the exact time needed before my next appointment. I would not be food dependent, instead, I would take a pill that would fulfill my appetite.

Work Time: I would probably be working for corporations or startups run by machines. Instead of heading to an office, I would have the ability to work at home and connect using hologram and virtual reality technology. My mind would be uploaded to the cloud and would be fed information by super-intelligent machines so that we can keep up with AI. A computer and wires will no longer exist, instead a hologram of a user interface would appear. A mouse would no longer exist, instead using specific eye movements would allow me to scroll and click on different components of the interface. I would use a brain machine interface to send off e-mails telepathically and manipulate the computer. The new trend for cyber threats would be tapping into the users brain and neurons.

Evening: Shutting off will be a breeze as I would head back to my pod that plays white noise.

I imagine a life with very limited unique personalities and traits. We would be able to manipulate our emotions, memory, DNA and much more. We would consistently upgrade ourselves to match up to the super-intelligent who have taking great scientific leaps. Measuring my future would be based on creating a healthy and happy family environment without getting consumed or forced to abide the super-intelligent, although I can imagine it to be very very difficult to have that life. I would need to find a niche market, if it exists at all to work in or else I would have to work for machines, if at all. Will any exist? What do you think?

Yesterday, I found a video on scientists from OpenWorm Project that simulated a worm’s brain and uploaded it to a robot. The robot was able to move like a worm.

Anytime I discover new technological advancements such as these, it really makes concepts shows like Netflix show Black Mirror realistic and attainable. While I am slightly excited for what the future brings in the scientific and technological communities, I really do fear that we will become irrelevant. The future makes me think of how the creator of Frankenstein realized he made a monster. 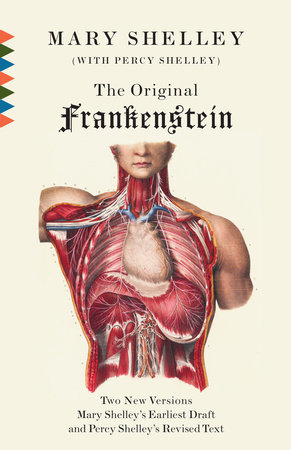